Until the Cicadas Come Back

At the time of this writing, Brood X cicada nymphs are beginning their journey to the surface of the eastern United States after an extended slumber underground. Belonging to the genus Magicicada, this particular brood of periodical cicadas greets us for a few weeks to live out their adult lives, only to die and never be seen again for another 17 years. Their abrupt disappearance along with the abundant sensory experience associated with their emergence–sightings of desiccated husks of what once was clinging to trees, the deafening chorus of courtship song, the sticky, humid air of the months when they appear–serves as a mnemonic timestamp on our own identities. Sure, we still get the cicada experience every year due to the annual variety of the insect as well as the staggered emergence of different periodic broods. However, the massive emergence of Brood X leads to an imprint on the collective memory, a phenomenon discussed among many. In a sense, this behavior endows these insects with an extended reach of time travel for humans, forcing us to take a moment to reflect on how things were and how things have changed over a 17-year period.

So what do cicadas have to do with HBO’s The Wire, a show exploring the intersection of police, politics, crime, and citizens of Baltimore, Maryland? After living nearly ten years in Charm City, I managed to watch only the inaugural season of this show around 2014. I recall thinking that it arguably exhibited the best storytelling of all time, however I got caught up with my training that I failed to continue watching. Now, with downtime between wrapping up school and moving to a new city to begin residency training, I decided to revisit the series. The show is more than drama, more than a compelling narrative with incredible character arcs. It is an education in humanity, dysfunction in a major American city, and the resulting ugly racial disparities. It feels incredibly relevant to the climate of today. It feels fresh (minus the outdated cell phones).

Enter cicadas. At one point in Season 3 a character drops the line, “I guarantee they won’t breathe a free breath until the cicadas come back.” I had to pause the episode. The last time Brood X emerged was 2004. I was aware that the series was produced in the early 2000s, but hearing mention of these periodical bugs shocked me. This narrative, these heavy and bleak themes, this fictionalized depiction of Baltimore (yet with an air of authenticity through on site filming and the use of locals as actors) aired to the public nearly 20 years ago. Much of my shock at when The Wire was produced revolves around how progressive and prescient this series was. For example, a major plot point in season 3 involves harm reduction and decriminalization of drugs, clearly successful interventions in 2021 but most likely taboo policies in the early 2000s during the failing War on Drugs. Season 2, which focuses on dockworkers, highlights the impending loss of jobs due to automation. Even more shocking to me is that this show never won a Primetime Emmy award. Perhaps I may have just been too young at the time to appreciate the emergence of The Wire, but it almost feels as if, unlike Brood X or HBO’s Game of Thrones, it failed to captivate the collective memory. Critics may love it, but I wonder if it has not amassed the general audience it deserves. As is often said of great shows, one explanation for this failure to captivate may just be that The Wire was ahead of its time (in both content and storytelling).

However, like Brood X’s ability to make us time travel, watching The Wire in 2021, one feels the city of Baltimore has changed over 17 years mostly in appearance alone, with much of the past echoing in the present. Recognizing neighborhoods in the show, gentrification comes alive. There still exist vacant, boarded-up houses. People continue to criticize the city as a center of violence citing homicide statistics. A conversation with a Baltimore math teacher in 2016 mirrors the frustration seen in the teachers portrayed in Season 4 (2006) of the series; ten years later and teachers still struggle to teach 8th grade level math to students being advanced through a system that failed to establish a basic arithmetic foundation. During my time in the city, I saw corrupt political figures resign and unrest develop due to injustice carried out by the police.

When I think of the 2004 emergence of Brood X, I draw a blank. This is because I was far away from the east coast of the United States, just beginning my first year of high school in Houston, Texas. Similarly, when I reflect on the early 2000s emergence of The Wire, I draw a blank on how I would have perceived the series had I been first exposed to it upon its initial release. No connection to Baltimore, naive, sheltered, existing in a privileged bubble, focused primarily on getting good grades, no context to understand history, no maturity to truly appreciate the concepts of institutional failure or systemic racism. To mentally travel back in time is a study in the evolution of one’s identity. Like the cicadas, a version of myself is no longer, changed and developed over 17 years, emerging to find myself in a vastly different context.

Baltimore is a city with its fair share of issues. But it’s a city of grit and charm. It is the first city that I lived in that felt like home. Unclear why it feels that way, but perhaps it’s the quirkiness, the pain, the uncertainty, the stark contrast baked into the city. Something about the presence of vacant row homes mere blocks from gentrified neighborhoods, that co-existence, is symbolic of the internal conflicts of being human and how our history is intimately tied to our identity and growth. Baltimore is the urbanification of a person.

This period of my life, living in the city of Baltimore, is when I experienced ultimate personal loss but also personal success and growth. For this reason, and those outlined above, this city leaves quite a large imprint on me. As I wind down my final month here, watching The Wire has been an important meditative moment. In ten years, I barely scratched the surface of understanding the rich history of this city, and in part, that is a personal failure to dig deep and learn more about the community that I inhabit. Like the cicadas, The Wire is an experience that we should anticipate in awe; it demands a re-watch every 17 years as a call for reflection and a litmus test for progress. 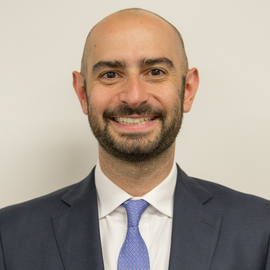 I am an aspiring pathologist-scientist.